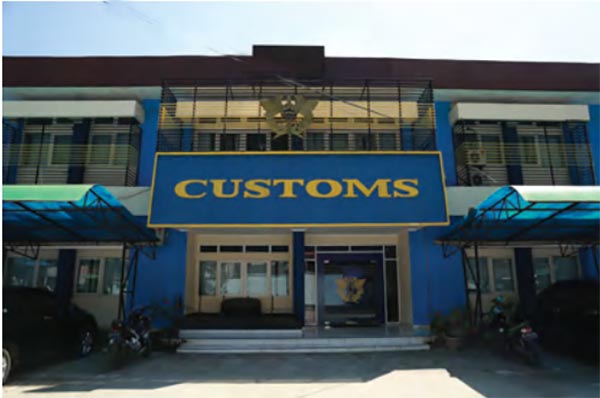 In order to optimize the role of the Directorate General of Customs and Excise to facilitate trade and industry, keeping the borders and protecting Indonesian society from smuggling and illegal trade, raising state revenues in the customs and excise sector, providing service to users of customs and excise, as well as improving the organization effectiveness and performance in order to realize good governance at the Directorate General of Customs and Excise, improvements are made to the organization and functioning on DGCE vertical agencies.

According to the Secretary of the Directorate General of Customs and Excise, organizational arrangement of DGCE vertical agencies as stated in PMK 188/PMK.01/2016 is an attempt of DGCE to respond the dynamics of the organizational environment both internal and external to answer the needs for organizational capacity building.

There are several things to change in the organizational arrangement of DGCE vertical agencies in accordance with the PMK 188/PMK.01/2016.

As for the addition of the DGCE Regional Office including government policies (Nawacita, MP3EI, and others), the efficiency and effectiveness of the tasks and functions of regional offices in operational terms (facilities, objections and audit), supervision, assistance, and coordination and overcome the problems of service range control, supervision and communication barriers.

Parameters on which the expansion of the DGCE Regional Office based on the Regulation of the Director General of Customs and Excise No. PER-35/BC/2016 on Guidelines for Organizational Planning, Monitoring and Evaluation of Vertical Agencies surrounding DGCE are revenue, general allocation fund (DAU), nawacita, business partners, sub-office and inspection post, total area, Regency / City, the country’s borders (land), customs facilities and excise facilities.

The second change is the change in typology and increase in class at 36 (thirty six) KPPBC Pratama Type into KPPBC Madya Type (TMP) C and the addition of one (1) new KPPBC TMP C, namely KPPBC TMPC Magelang.

The third change is the incorporation of 14 (fourteen) Inspection and Service Office of Customs and Excise Pratama Type to Support Office on the other KPPBC. As it is known earlier, DGCE has 50 (fifty) KPPBC Pratama type, where 36 (thirty-six) offices raise class into Madya Type grade and the others become Support Office.

Assessment for raising this Pratama Office class is through consideration of effectiveness and efficiency on the inspection and service activities which also referred to the Director General of Customs and Excise Regulation No. PER-35/BC/2016 on guidelines for structuring, monitoring, and evaluation of organizations in the DGCE vertical agencies. In this Director General.

Regulation, there are nine assessment parameters derived from the three DGCE principal functions, namely revenue, supervision and facilitation to raise the Pratama Type to be Madya Type.

Based on these considerations, most of KPPBC Pratama Type raise class into KPPBC TMP C, while others are not removed, but converted into Support Office at the nearest customs office. Support Office is essentially a non-structural organizational unit for implementation of the customs and excise service tasks partially within KPU or KPPBC whose tasks based on the delegation of authority from the KPU or KPPBC Head.

The fourth change is the revitalization of the DGCE Regional Office and the Main Office through the strengthening of its duties and functions include: